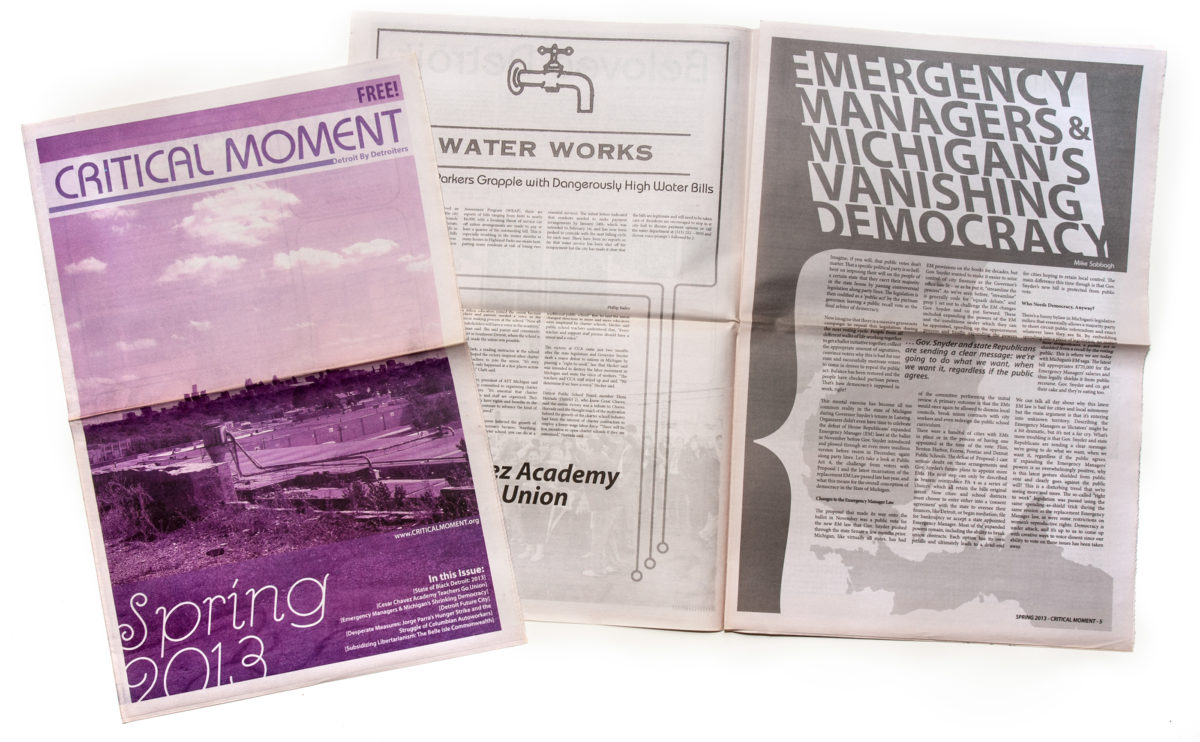 Critical Moment was an independent and volunteer facilitated newspaper which was created by University of Michigan Graduate Students out of Ann Arbor, MI. in 2003 and moved to Detroit, MI in 2005.

In general the content spanned the whole gamut of the radical left, from anti-war, to global economics, prisons, civil liberties, racial and gender justice, labor, the crisis of anti-trans violence, and we also published art, poetry and short stories.

Cece was the layout artist from 2013 to 2016. The last issue of Critical Moment was published in the winter of 2016, after which the editorial collective diminished and the paper was no longer manageable.

You can view all of the issues Cece designed at the link below. ⬇︎⬇︎⬇︎